Welcome to the rabbit's hole. A blog on pulp.

OR: WHY WE WON’T CHANGE THE WORLD.

When Martin Luther started the first world-wide (euro-centric view, yes I know) public press-war with the pope, publications really read a lot like tweets from today. Luther himself used a language that was everything but a language fit to discuss problems objectively. He provoked using in his sermons the public language everyone would use but in an official context, which is one of the reasons he was so popular at his time.

Let’s make a leap forward in time. 400 years later, publishing works using a printing press as well your own mother tongue has been institutionalised. There are newspapers, a rich amount of literature in several European languages as well as translations to choose from, and of course, there is a slight amount of censorship in most of the young European states, which haven’t switched to the new political system to come: democracy.

Surprisingly though, democracy developed its own form of censorship: it’s called public opinion. It isn’t something that was invented and put into use by a central government utilising force, it gradually emerged out of a mayhem of publications. The press and with it its role as the “fourth pillar of democracy” had emerged.

Fast forward 150 years. We should have arrived roughly after WW II and shortly before the wild 1968 flower-power eruption. The Watergate-Scandal is still to come and the public press is at it’s all-time high of acceptance: the only way to actually get access to any kind of information goes through the almighty hands of publishers and editors, and the only way to get it voiced is the same. That’s the time publishers like Murdoch’s News Corperation want to go back to.

Why? Because it meant power, an extraordinary amount of power, yes. But I believe there might be more to it: The 1960s and the following ten to twenty years were the time, when publishing was for a short time not completely constricted by public opinion and – even worse – monetary power.
If an editor wants to publish a newspaper today or a publisher has to choose a manuscript to publish, in today’s world he has to follow two laws: will it be accepted and can it be sold. It’s obvious the the latter may depend on the first, but that aside, it still has one outcome: if it is not scandalous enough to be sold anyways it’s public opinion that will decide about the fate of it’s revenue.

This is a hard thing to swallow for most of the quite intelligent middle management in publishing. They consider themselves an intellectual elite of their society, but they are pulled down by the dumb masses which they vowed to surpass.

Why is this important for Twitter? Or Wikileaks? Or me? Because, as sixtus put it quite neatly over there Twitter, Blogs and Wikis, in short: publishing electronically on what is known as the world wide web, will change our society eventually.

The only thing I’m not so sure of, is: will it change for the better. Publishing in general brought out a huge amount of creativity, political change and millions of ideas which could be discussed in an open forum. But it didn’t really change the way man or woman works. We still have the underlying problem of a society that is ruled by few and change is a slow and anguishing process.

Public press didn’t solve the problem of transparency, it just masked it very well. And I highly doubt that, what ever modes of government may follow, it will change our first-hand experience of society in a relevant way. 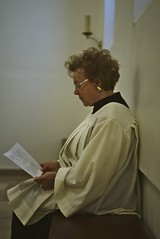